During a week of action from 30 September to 6 October, girls from Girlguiding Lancashire East joined Rainbows, Brownies, Guides, and Rangers, and volunteers from across the UK in making a #PlasticPromise, committing to a simple but meaningful lifestyle change to help reduce single-use plastic.

In the run-up to making their #PlasticPromise, 1st Gisburn Brownies took action on environmental issues of their choice, including deforestation, plastic pollution, the excessive waste in the world, down to the litter and rubbish issue in their local community.

The Brownies chose to act in different ways, from sharing posters about littering to writing to the village hall about recycling, from telling friends and family about what they can do to reduce, recycle, and reuse plastic to writing to their local MP. Some Brownies promised to reduce their use of unsustainable palm oil, while some even wrote to the Queen.

The girls were thrilled to receive a special visit from Blue Peter presenter, Richie, who surprised them with a special Blue Peter Badge drop-off – a green badge which is awarded by the BBC show for sending in letters, pictures, and creations that are about the environment, conservation, or nature.

Blue Peter visited the unit on Sunday 17 November and during the day, the girls made a clean sea collage to illustrate a future that they would like to see. They also showcased their #PlasticPromises and decorated a cake with sea blue icing and sea creature decorations. To top it off, Presenter, Richie, made his very own #PlasticPromise.  The episode aired on Thursday 5 December 2019. 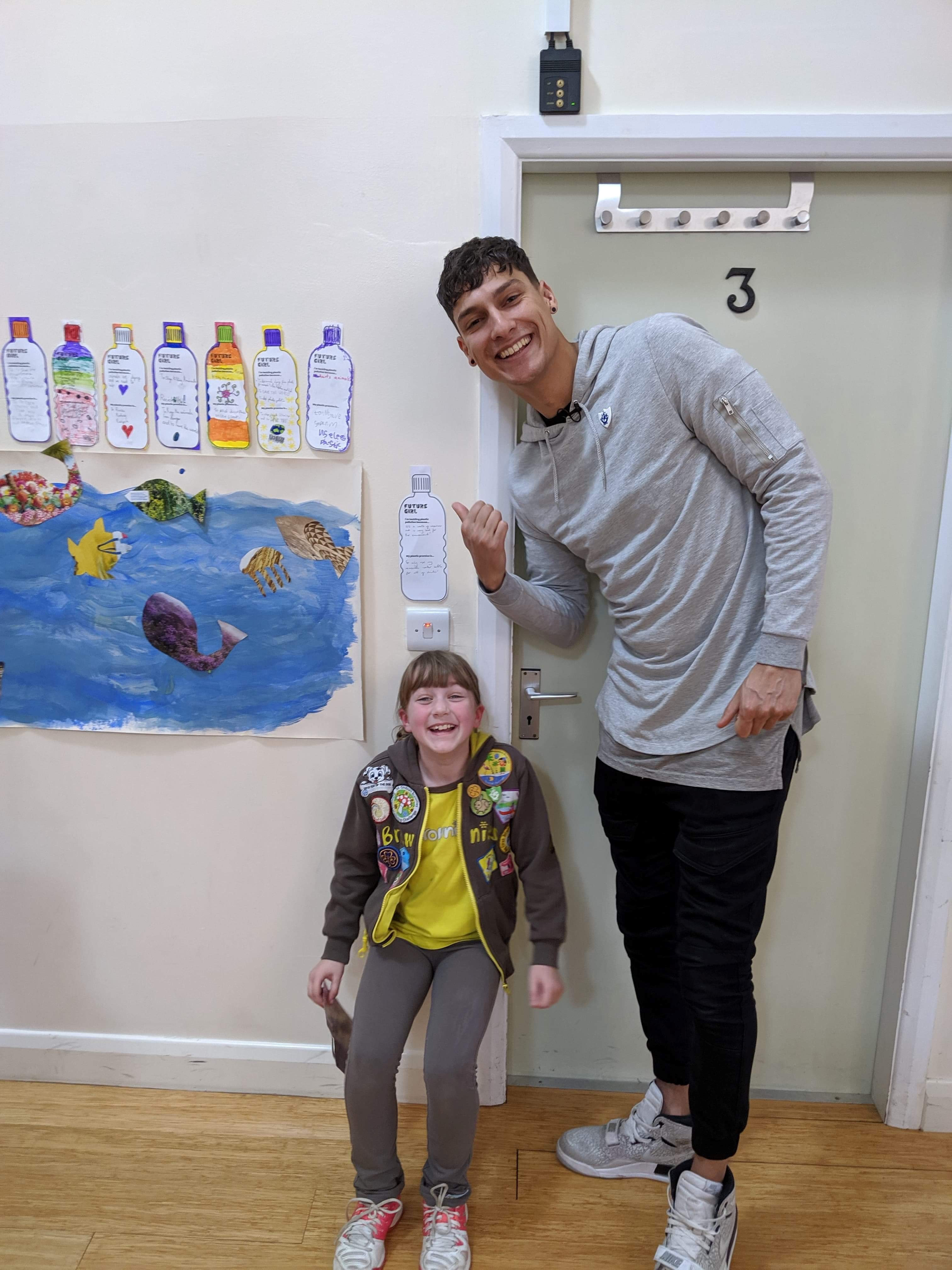 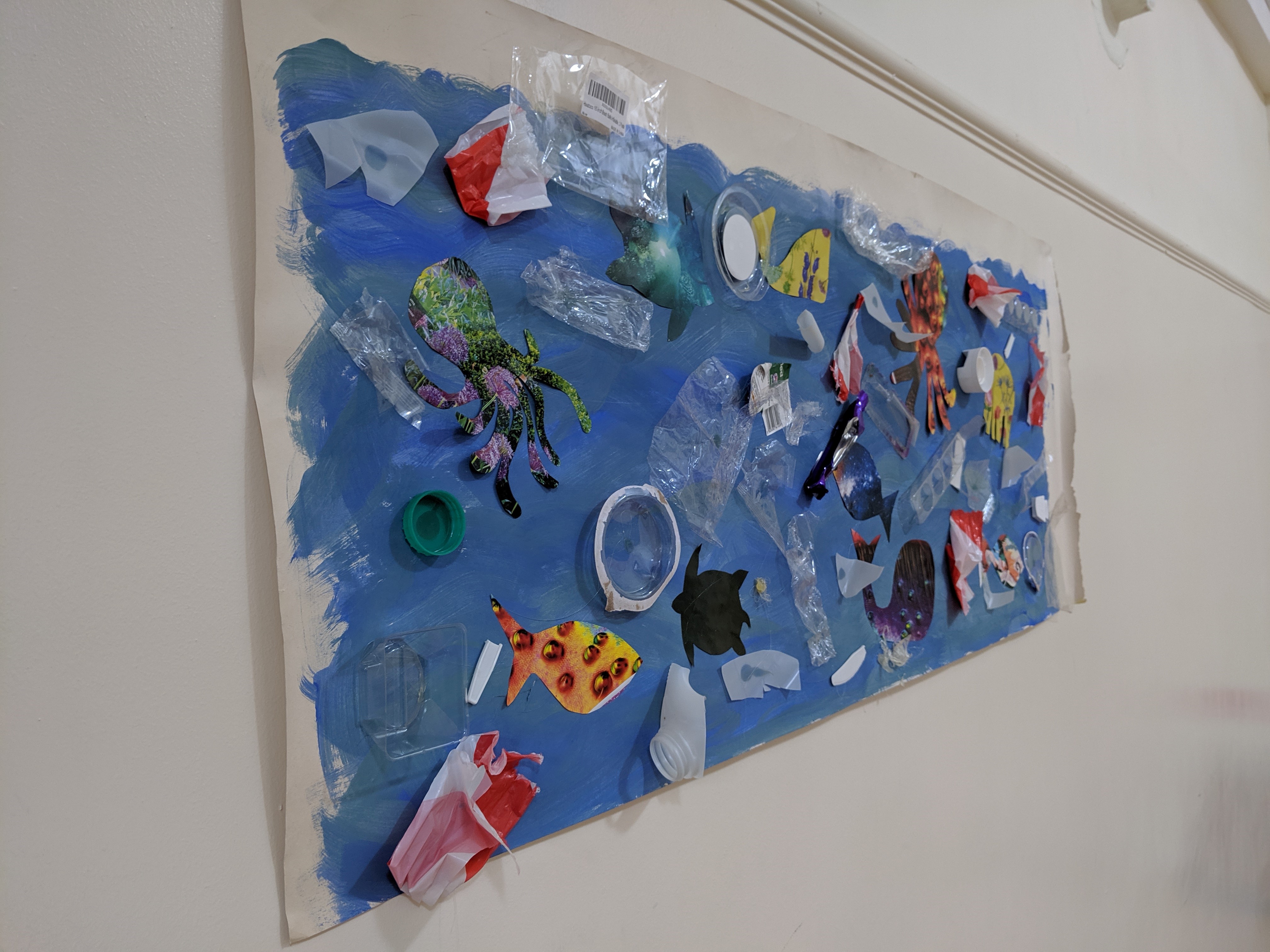 Darcey, aged 9, said: “The best thing about Blue Peter was being seen by people all around the world and to spread the word about protecting our environment. I feel very proud to have my Green Blue Peter badge as well as my Girlguiding Zero Waste badge.”

Eliza, aged 9, said: “I’ve always wanted a Blue Peter badge having watched the show for some time and now I have got one, I am over the moon.”

Harriet Wibberley, unit leader, said: “I’m so proud that our Brownies felt empowered to take action on issues that affect them and their future.  Their enthusiasm to make a difference is infectious and we were thrilled that Blue Peter not only awarded badges but came to give them to us!  This was definitely our most exciting Brownie meeting ever!  I’m delighted to be part of Girlguiding and so take part in activities such as Future Girl Acts, helping girls and young women not only see they can, but finding out how they can use their voice to make the world a better place.”

Kathryn Qattan, Deputy Chief Commissioner, who join 1st Gisburn Brownies on the day shared: "It is amazing to be part of an organisation with girls as young as 7 taking action on the issues that matter most to them, and it’s wonderful to see them recognised for their dedication and commitment in shaping our future. The visit from Blue Peter was a superb acknowledgement of the work these Brownies have been doing but also a reflection of the commitment and hard work of Brownies right across the Region."

You can join our incredible Brownies and commit to small changes that make a big difference to our environment and our future. Why not make an environmentally friendly new year’s resolution this year and make your very own #PlasticPromise here.