Charlotte Bond On What Sparks Her Interest in Politics

On 31 October 2018, seven of our ranger members, aged 16-18, went to the House of Lords for an insightful shadowing experience. Here, they were able to see the vital work our female Baronesses do in shaping laws and holding the government to account. Rangers spent the day alongside their allocated peer as they worked on unique parliamentary issues, asked questions, discussed special interests, and spoke about female positioning in UK politics. The day also saw girls participating in a tour around the building, engaging in sessions with education services surrounding the importance of the vote, and watching questions in the galleries.

The shadowing day was part of the celebration of the 60th anniversary of the Life Peerages Act 1958 which saw the first female peer, Baroness Swanborough, to take her seat.

Charlotte Bond, who was one of our attendees, says the number of females in the House of Lords is not nearly enough. We caught up with Charlotte, 16, of Warrington Rangers, who offers an insight into her interest in politics and how her day helped affirm her future pursuits. 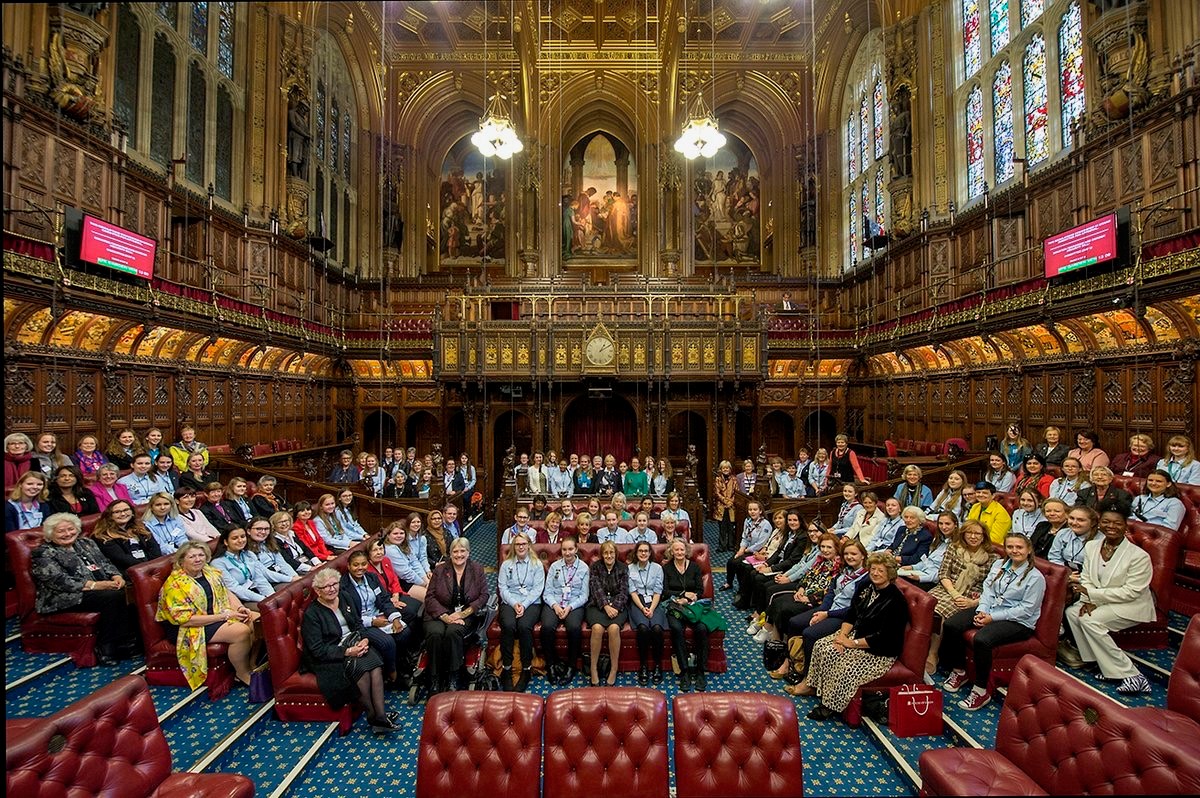 What did your day at the House of Lords look like?

I went into the meeting room in the morning and remember being amazed by how beautiful the room was and the energy amongst the people in the room. I was lucky enough to shadow Baroness Jenkin, she was extremely enthusiastic and interested in our ambitions and roles in guiding. She showed us around the Palace - speaking in-depth about her role and the workings of the Lords in general. Finally, I was honoured to be invited by Baroness Jenkin to join her at a Select Committee on inter-generational fairness where we discussed a wide range of issues relevant to modern society.

What did the House of Lord's visit teach you?

The visit taught me a lot about how the House of Lords works and also the wide range of roles they take, such as focusing on their individual interests in their work rather than the much broader roles that MPs in the House of Commons have. I learnt a lot about the many ways people become Peers, for example, people who are heavily involved in their political party or people’s peers who apply and are chosen for their experience in their sector. It also demonstrated the massive increases in diversity in Parliament, but also how much more needed to be done.

What was your favourite thing about attending the House of Lords?

My favourite part of the day was attending the Select Committee on inter-generational fairness. I got to meet a range of interesting people, from Lord Hollick to recent graduates and students to discuss important issues affecting people in the UK today. I got to see these issues from different people’s perspectives and offer my opinions and inform others on how these issues affect me.

Is there anything you would like to say about the female peer you shadowed?

Baroness Jenkin was a spectacular host, she didn’t have to let me join her and Katherine when my allocated Baroness didn’t arrive, but she stepped up and made a real effort to learn about me - which I was particularly grateful for as she hadn't seen my application. Even though we had differing political opinions, she embraced listening to my point of view and reasoning behind my beliefs. She is such a passionate and powerful individual who deeply cares about the issues she champions, from preventing waste and obesity, to help more women into Parliament. Her interest in Guiding and the opportunities it gives to young women was obvious, she even donated £20 to my fundraising for WSJ2019.

If in any way, how has your visit to the House of Lords inspired you?

The visit has shown me the range of ways people can become involved in politics and change the world around them. Before, I very much believed in the common stereotype that to make a difference, you have to be from a well-off background, privately educated, have studied PPE at Oxford and been a career politician. This is a life that is simply out of my reach. My visit has shown me that this is very different from reality for most modern politicians, showing me that I too can have an impact on the world I aspire to have. I met and talked about women with a similar background to me who now work in politics, from a young woman training to be a clerk to baronesses. A session in the afternoon showed me how I can have influence in other ways, for example by writing or signing a petition.

How did you develop your interest in politics?

My interest in politics really began with my family. When I was a little girl my mum wouldn’t let me watch children’s TV until I was completely ready for school, so I spent my mornings watching the news, seeing the chaotic world outside of my quiet street, discussing with my mum what I thought of the latest issues (aka heckling the TV) and becoming more and more aware of the world of politics and the influence it had on the events I saw each morning. As I learnt about more of my working-class family’s history and my extended family’s involvement in the Labour Party, my allegiance became much clearer to me. I joined the Labour Party aged 15. Whilst I’ll never agree with everything the party says, the overwhelming message of equality it puts forward resonates with me and addresses the issues I see in my life. I am a member of Warrington Young Labour, a relatively large group in which I am the officer for under-sixteens.

What would you like to see from women in politics?

More diversity, and also greater effort to promote diversity. Whilst there are increasing amounts of women in Parliament, it seems to me that they are still very much a minority. Another issue is the perceived lack of diversity amongst the women, particularly in the House of Lords; many of the members are elderly, white women who are mainly from quite privileged backgrounds. Women who in politics, once they have managed to overcome the glass ceiling, should be doing their best to help others reach that position as well; particularly younger, non-white, LGBTQ and working-class women who are so often underrepresented. Obviously, this is happening already, Baroness Jenkins discussed with us her efforts to help female candidates become MPs. However, more can always be done.

I’d like to thank Girl Guiding UK for this amazing opportunity, I never could have imagined that I could experience something like this. I remember walking into the Royal Gallery and thinking “I have never seen so much gold in my life". The whole day seemed almost surreal, I could never put into words how grateful I am to the organisers of the event and Baroness Jenkins for allowing me to shadow her.