Pat Mayle started her journey at Girlguiding North West as a Brownie at Heaton Mersey, Stockport and has since had quite the journey. Over the years, she’s worn a medley of Guiding hats, from Assistant Ranger Leader to County President.  After running a Ranger unit in Stockport she decided to move closer to home and shifted her commitment to Greater Manchester West in 1981 where she ran another Ranger Unit and became County Ranger Adviser and subsequently NW Region Ranger Adviser.

She was offered the role of Ranger Adviser on the home team for British Guides in Foreign Countries for five years before becoming the Chairman of Ashley, her County Activity centre, Management Team, which saw her into the County President role she has occupied tremendously for five years. Today, she shares the very same enthusiasm she had from the day she started. So much so, that she has achieved one of the greatest things Girlguiding has ever seen.

The Comfort Bags Scheme – those little bags which make a big difference in bringing comfort to those who need it most during stressful times. Collecting, sewing, packing, and writing gifts cards are enjoyed by all our age groups. Originally for visitors who unexpectedly had to remain at a patient’s bedsides, the scheme has now extended to emergency admissions, refuges, and homeless shelters- even reaching those who were affected by the Grenfell Tower Tragedy and the Manchester Arena Attacks.

And we’re not the only ones who are stunned by Pat’s commitment and determination – Pat was awarded the Lifetime Achievement Award at the North West Charity Awards this year, for her dedication not only toward the Comfort Bag Scheme but to Girlguiding North West England.

She doesn’t stop at 10,000 bags though and is still busy working with units to make sure comfort bags reach even more people in need and doing presentations on them at various hospitals but we managed to catch up with her, so she could offer an in-depth glimpse into the journey that led to the birth of our involvement in the Comfort Bag Scheme - from its initial inception to the magnificent success it’s seen over the past few years. 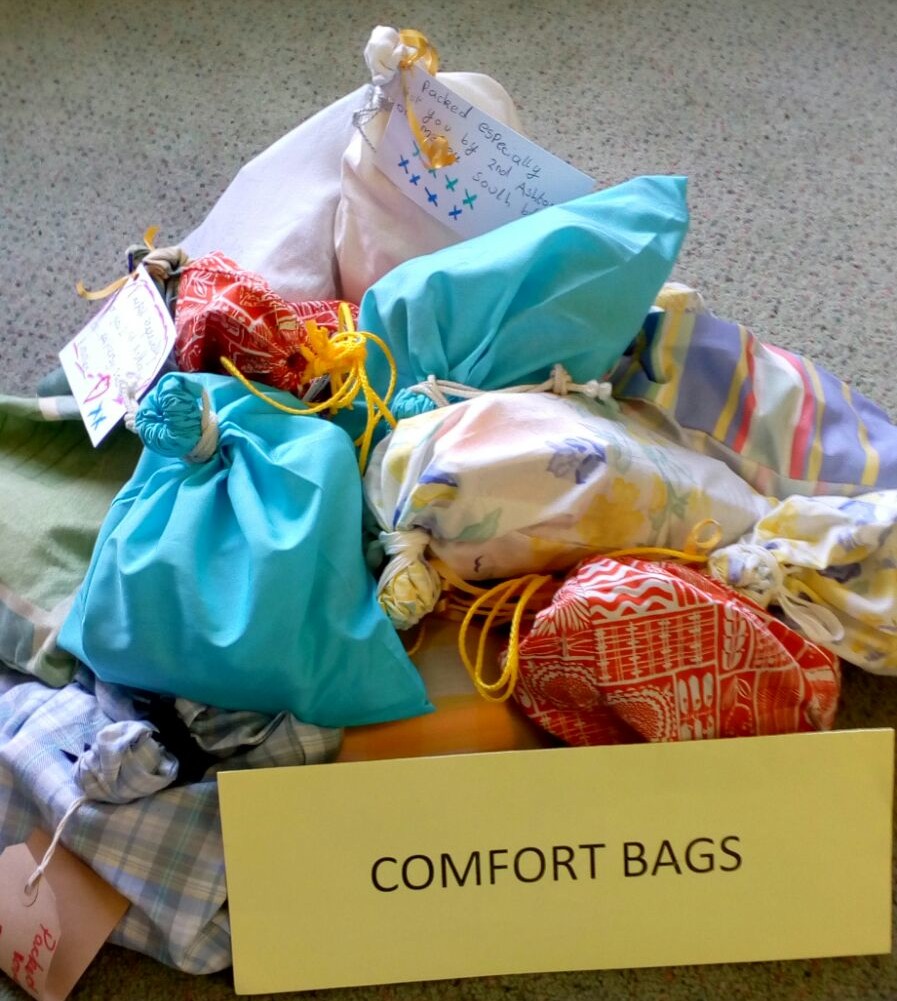 How did the Comfort Bag Scheme start?

When my husband died, we stayed overnight, and we were given these comfort bags – little bags of toiletries.  Fast forward 12 months, I had been attending the Trust’s bereavement support group who expressed they were struggling with resourcing the comfort bags since they relied heavily on staff donations. Tentatively, I said that I was involved with Girlguiding and perhaps we could do something to help. Of course, I couldn’t promise anything.

So, I took it back to my County and asked if they would want to see it through. We started in September 2015, and by the following Spring we had done 250 bags, so we then began delivering to Trafford General Hospital as well as Salford Royal and by the end of the year we had hit 1000 bags – which is when I approached Julie Bell, former NWE Chief Commissioner, about the possibility of rolling it out regionally.

Nobody could have envisaged how far it has come – how big it has become. We do get fixated on the numbers but it’s always important to impress it’s not the number of bags that matters but the number of people we help at unfortunate times in their lives.

So that’s how it started. It was just that one thing – the fact that I was in the right place and the right time. I could’ve chosen not to go in that day.  In fact, I was reaching the stage where I wondered if I still needed to attend and nearly did not go. 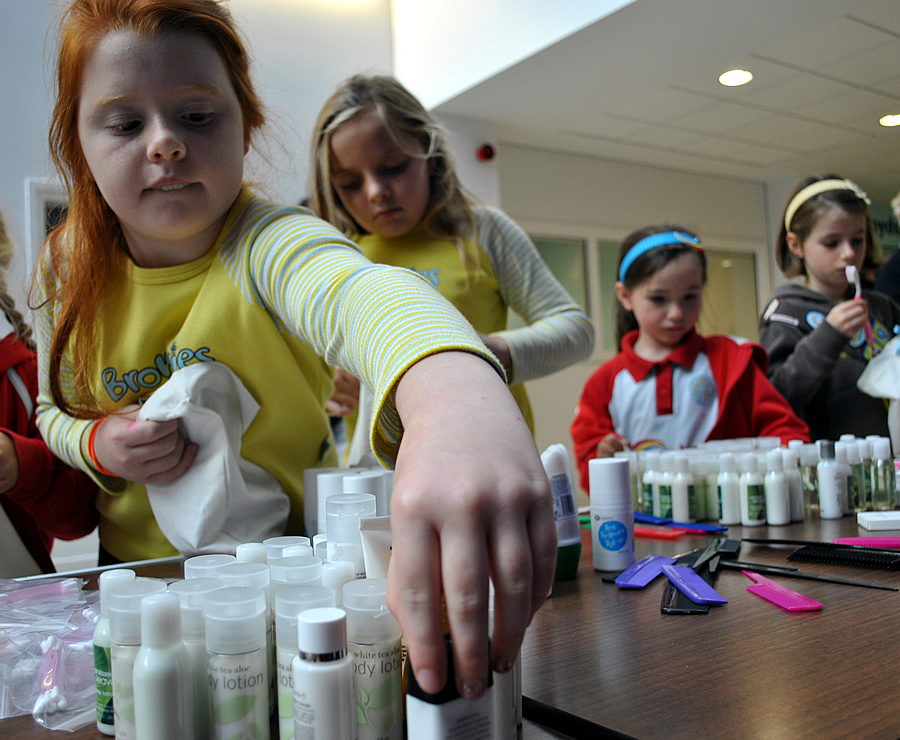 What were some of the challenges?

Once we hit the 5000/6000 mark it was rather difficult to spread awareness to new areas of the North West. However new groups kept entering the scheme and the numbers grew and now it’s happening in so many parts of the North West.

I did a BBC Breakfast interview last year, which was actually to do with compassion signs they use in hospitals and my experience of the Swan End of Life Scheme at Salford Royal.  They were asking questions about what compassion signs mean, and I began talking about Comfort Bags which ‘by the way Girlguiding NWE provide’. I was able to speak about our involvement in the Comfort Bag Scheme, and since then a lot of people have been in touch from around the country, but it is still difficult to spread it to other Regions.  Though challenging, distributing bags to the Manchester Arena at short notice was so worthwhile and we have had some thank you notes from people involved.

Fiona Murphy, Associate Director of Nursing for Bereavement, End of Life care and Organ and tissue donation in the Northern Care Alliance has backed this scheme from the beginning. She co-ordinated the bags for the families of victims and those waiting for news after the Arena attack - all the bags from hospitals around Manchester were sent in.  Having to then restock the hospitals fast, our coordinator in Lancs. SE, Naomi Sanderson, put an appeal on Facebook and we received 5,000 first class travel packs from British Airways, donations from British Airways cabin crew and the Ladies Circle of the Round Table.

Fiona is also a patron of the Good Grief Trust and shortly afterwards again approached us for help as the trust were dealing with four schools in London where the children had lost everything in the Grenfell Tower disaster. Fiona rang me saying I need more bags for this… we’d only just restocked the hospitals however we did have a surplus from the British Airway's donation and they agreed we could send some to London so the fact that our lead nurse contact was a patron of that trust is what initialised are involvement. She has recently become an Ambassador for Girlguiding North West England and the Northern Care Alliance organisational Ambassadors as a direct result of all this collaboration and her teams support of us tremendously.

What are you most proud of?

I am emotionally proud of it because of where it originated from in my own life.  I can’t believe how far it’s gone. It's just amazing, the fact we have 10.000 bags and going strong. I know some counties can’t do it for various reasons but it doesn’t matter because we are all just doing what we can. We have had so much support from a lot of counties and it great to learn about what they are doing.

Did you think it would ever reach this far?

I could never have imagined it would reach this far. When we got to the 250/300 mark at Salford Royal, we were over the moon but I warned them to stock up because it would soon be the school holidays, and I wasn’t sure units would want to do it once they got back. Turns out, they were just as enthusiastic about it and would return from their holidays with supplies for the Comfort Bags. The girls love doing bag packs and get very excited about filling their bags. In GMW we are now able to also supply St Ann’s Hospice, Wythenshawe Hospital and North West Ambulance work with the homeless. 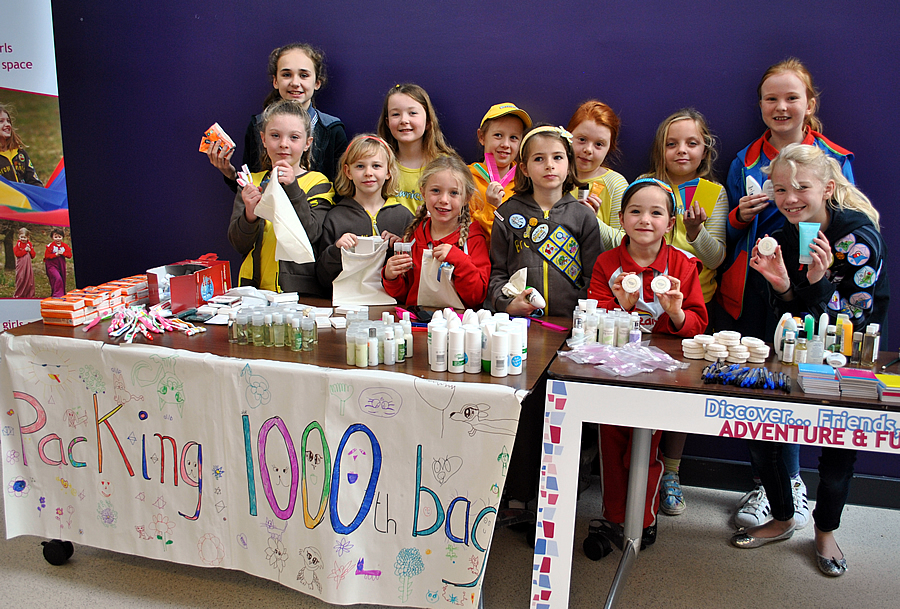 Where do you see it in a year from now?

How far can it go? Who knows? We just hope more people get involved. In Greater Manchester West, where I am more hands-on, I see it going on for a while as they have contributed 4,000 and I’m still getting donations and a lot of volunteers sewing bag, which is amazing. We hope it will spread across the country and we do know of hospital donations to Addenbrooks in Cambridge and others working on it in Battersea.

Anything you need to add?

How grateful I am for the support at my own county level and region level..for the support from Region office and especially their support when the British Airways donations arrived on 9 fully stacked pallets which were piled everywhere all over the building.

Support I have had from everyone that has been fantastic and we do get some feedback and thank you cards as our members put gift cards in the bags. We had one the other day it was pushed through the village hall and others via Royal Mail just addressed to Brown Owl in a certain place all because of the labels.

What is your favourite thing about GGNWE, or even your county?

It’s a very active region, I can’t really compare it with others from personal experience. It’s up there with them and I love being part of GMW whose members are amazing. I love Girlguiding, I think if you cut me open I would be a bit blue inside but yes, I believe in Girlguiding values and the way it’s modernising and how it keeps up with the modern girl.

I always have done, in so many different ways and friends made in Girlguiding are friends forever.

They support you through good and bad and the last four years have proved that to me over and over again. 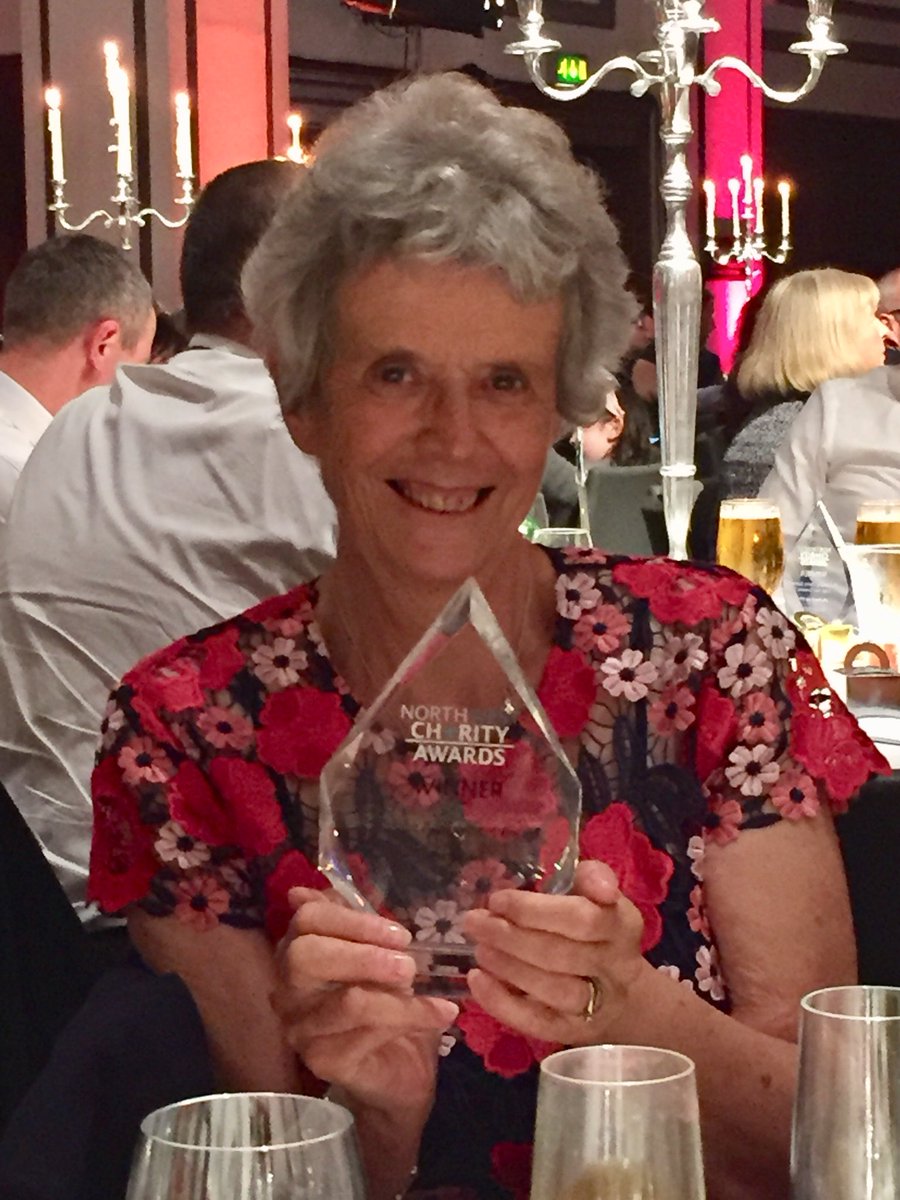