Some of our members recently returned home from an exciting trip to Mexico, filled with fun, adventure, and new-found friendships.

The group of Rangers took part in a variety of exciting activities and really delved into the colourful culture of Mexico. 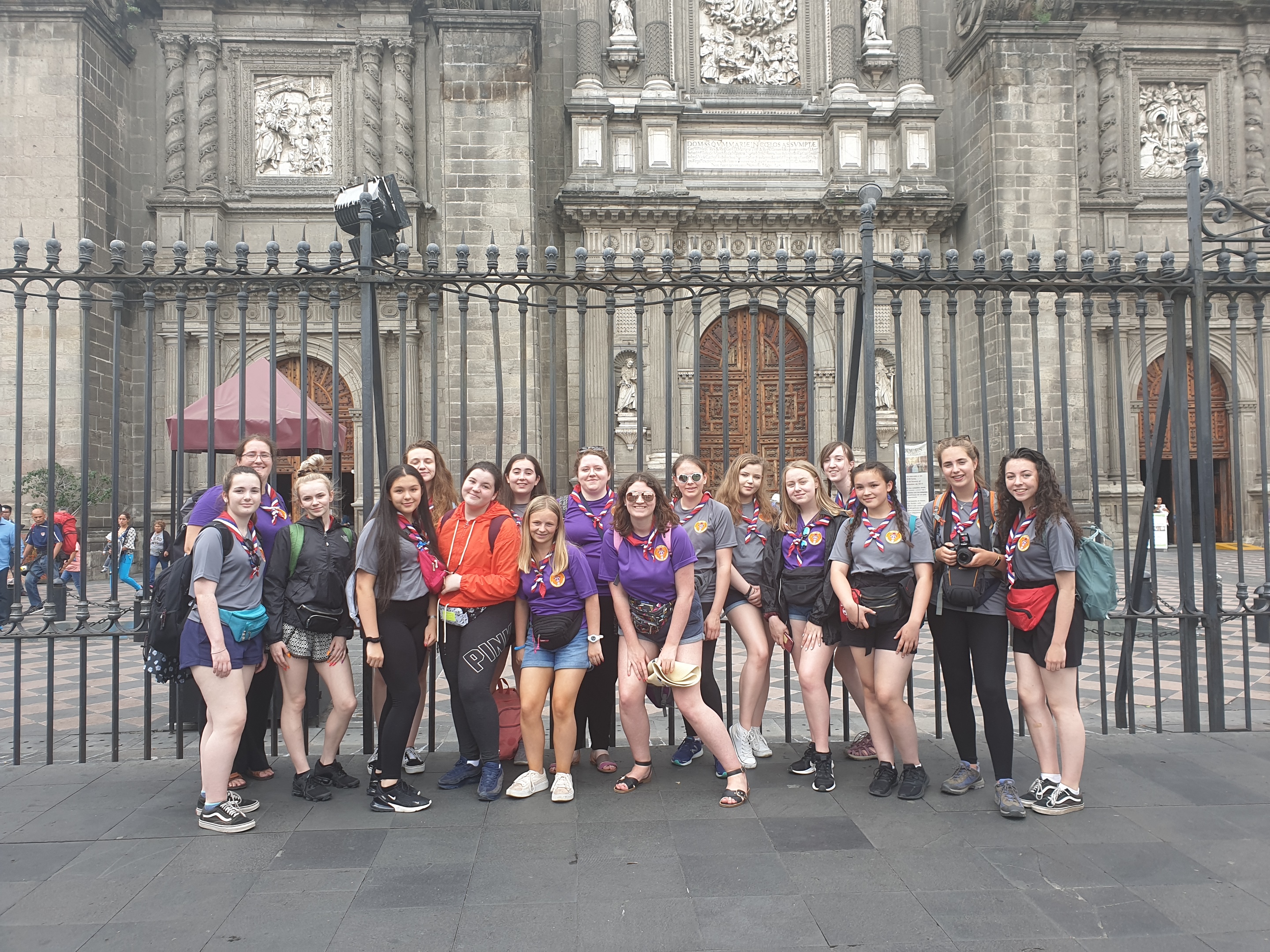 For the book lovers among you, you’ll have major travel envy knowing that the girls visited a café called El Pendulo, but it was no ordinary café; it was part-bookstore, part-café, and part-forest! On the walk over to it, they enjoyed a sculpture trail, but were happy to sit down with some delicious smoothies - and at last - some air conditioning!

And then came their first taste of authentic Mexican food, fresh from the market, which fuelled the girls up for their next move to Zocalo, the main square of Mexico City. Here, they saw lots of street sellers and charros with their horses, before stopping to admire the cathedral where they spotted a household name – Starbucks! They ended their first day with a Spanish cinema experience and were happy to know that The Lion King was streaming in English with Spanish subtitles, which meant they got to see the classic remake and practice their Spanish – a win-win! They had hotdogs with a side of popcorn in a variety of peculiar flavours - including Dorito flavour! 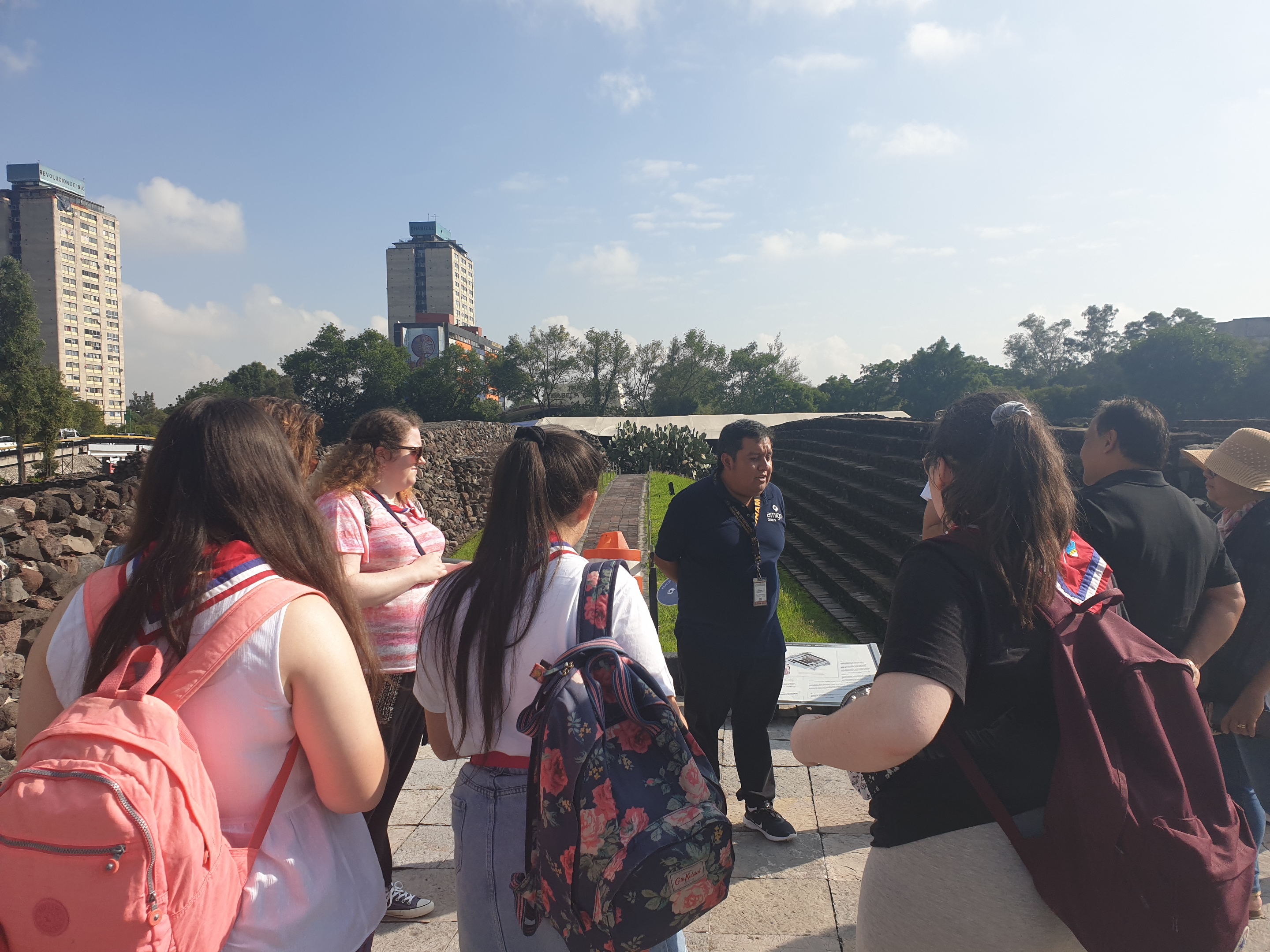 Day two saw the girls up bright and early for a tour of Mexico City with an enthusiastic tour guide who spoke about the Mexican revolution before leading the girls over to the Basilica, a Roman Catholic church and National shrine of Mexico.

During lunch, a local restaurant put on a show for the girls, which they enjoyed before heading to the pyramids. The girls were left to explore Teotihuacan and decided that they were going to try and climb the 65 - metre high Pyramid. Almost all the girls made it to the top!

Upon their return to Ticalli, the group were joined by two groups of Girl Scouts from Canada and the USA, who were to be joining them at Our Cabãna. It didn’t take very long for them all to make friends and they were soon cooped up in one room, building dens. At dinner-time, the girls went exploring with their new squad and found a local restaurant serving a combination of Mexican and Western food – the best of both! 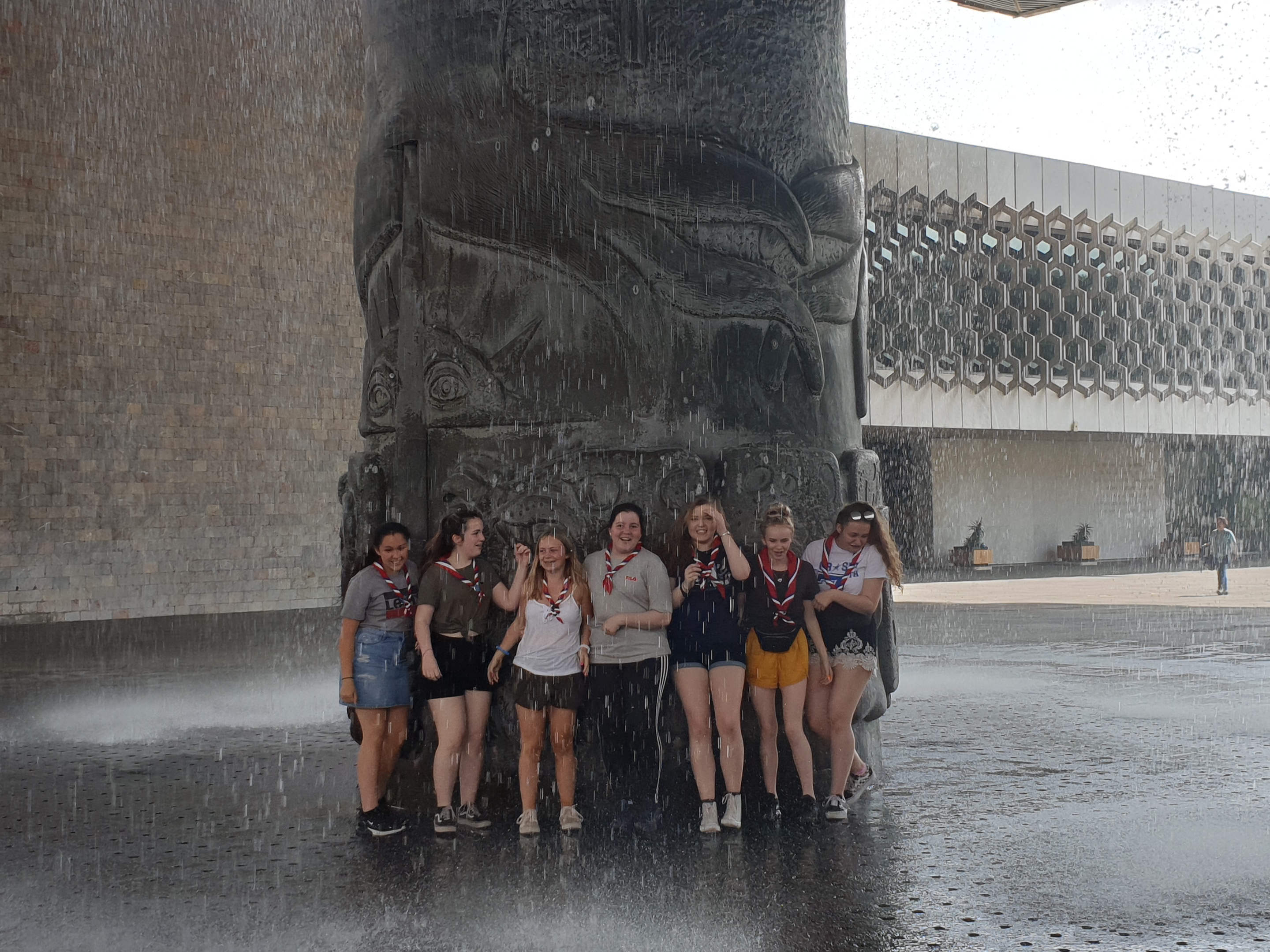 The next day called for some laid-back activities. After all, the girls were a little tired after their epic climb the day before, so they took a brisk visit to Mexican artist, Frida Kahlo’s house; this went down a treat as Frida is a woman who defied gender stereotypes and smashed boundaries through her symbolic paintings and self-expression.

Next up for the museum crawl, was the anthropology museum. The girls basked in amazement, while the leaders indulged in a slice of cake. It was the last day in Mexico City, so the group ended the day with some chocolate-covered Churros before packing, ready to set off for Our Cabãna the next morning. 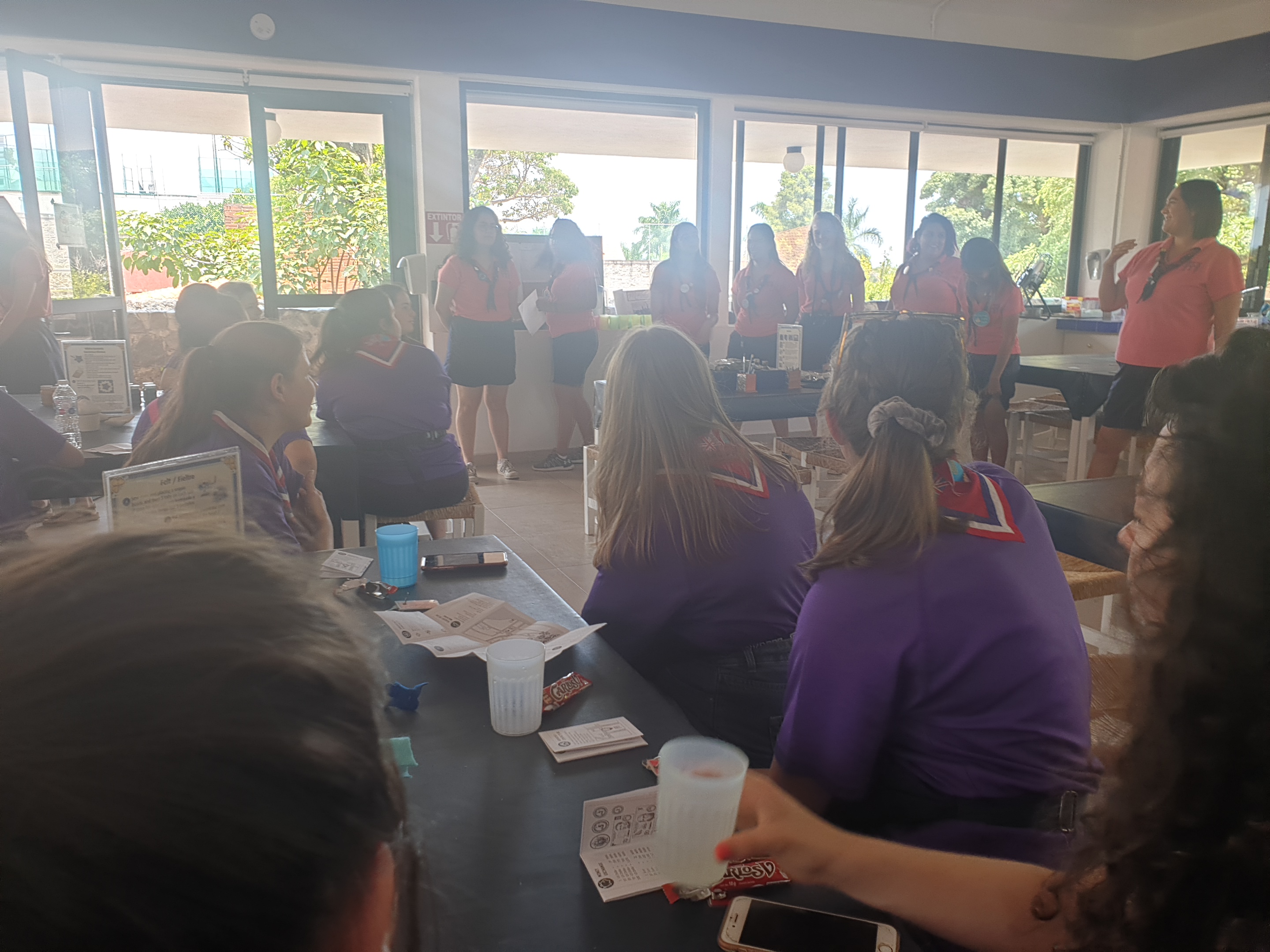 The group set off, on the metro, bright and early to Cuernavaca. There was a Spanish film playing on the bus, so everyone felt uber comfortable during the hour-long journey. They received a warm welcome to Our Cabãna…literally - the temperatures were sky-high! Since they were the first to arrive, the girls got first-pick of the beds and were the first to swim in the pool.

The next morning, the girls woke up to a delightful, traditional welcoming ceremony which involved giving thanks facing North, South, East, and West, using a handful of corn. After the ceremony, the Girlguiding North West England group said their promises before learning the history of Our Cabana. The girls then made Secret Friend bags full of lovely things to gift to one another; it was super heart-warming! 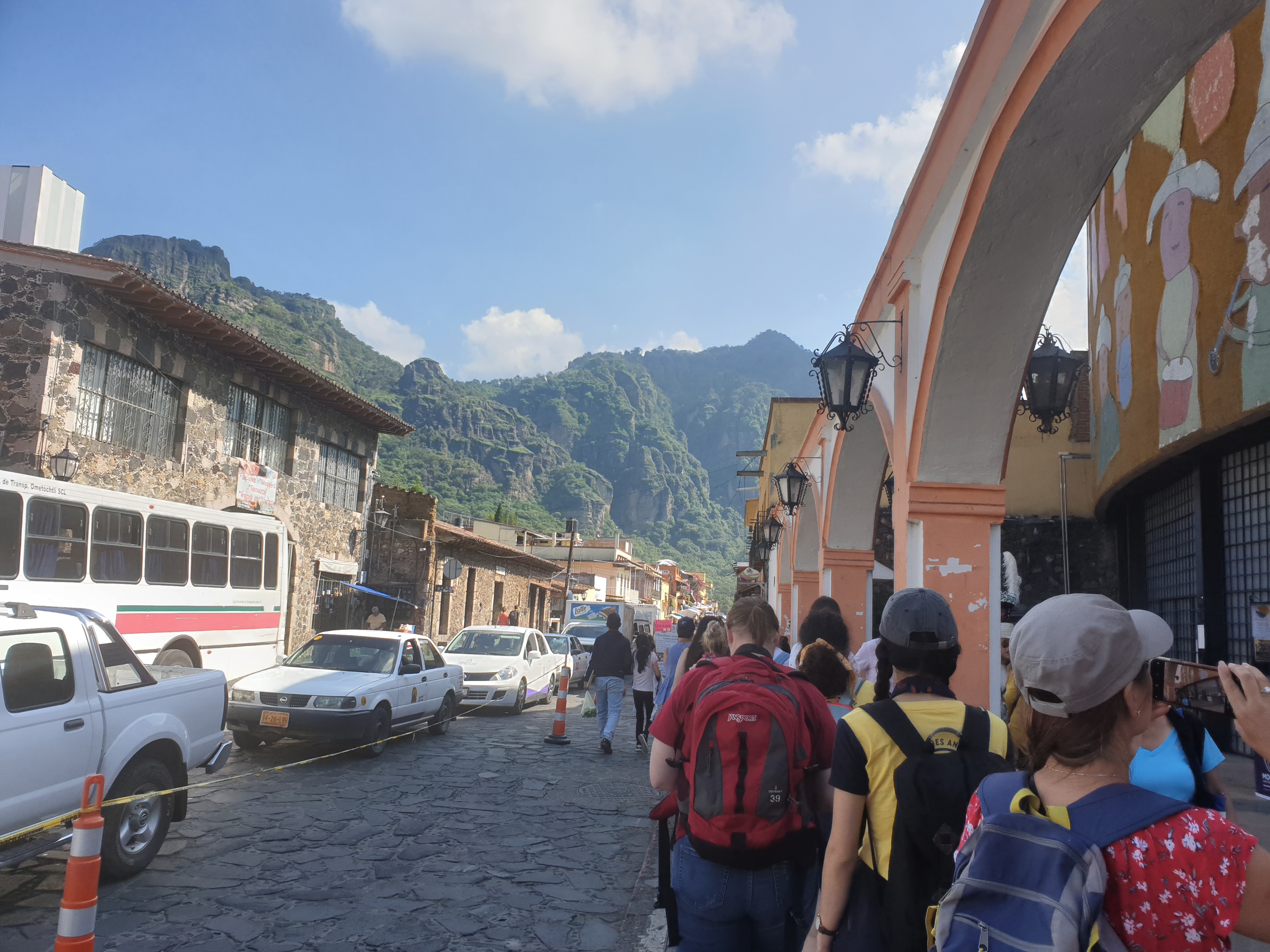 Today, the girls ventured into the nearby historic town of Teponztlan, where they saw a monstery and wall paintings from the 1500s. They came across a church which, unfortunately, was deemed too unsafe to enter due to a recent earthquake, but it was nice to see that, despite this, the locals had moved all of the pews outside so they could still offer their services.

The afternoon was filled with a session on Mexican traditions; the girls played Loteria and learnt how to barter with store holders in Spanish. At the campfire, the girls sang traditional campfire songs and, of course, learnt songs from different countries to bring back with them. The night ended with S’mores...oh, and a huge thunderstorm.

Sunday called for Community Service Day, where children came from the local children’s centre. It was uplifting for the girls to play with the local young people, and even more so to give them treats to take back home. After dinner was the International Festival, where each group gave a short presentation on where they were from and had brought things from their countries to see and try. During the presentations, they got to hear the French-Canadian National Anthem and see some traditional Mexican dancing. This was the perfect opportunity for everyone to do their badge swap, so now, our badges are all over the world, from The Bahamas to New Zealand.

The next day the girls participated in a Stop the Violence session, which was aimed at educating young people on violence towards women. And then for some splashy fun! They had a bbq and a pool party with inflatables, music, and non–alcoholic drinks - who doesn’t love a bit of Mixology?  After this, the group did sessions which focused on how to spread kindness throughout communities. 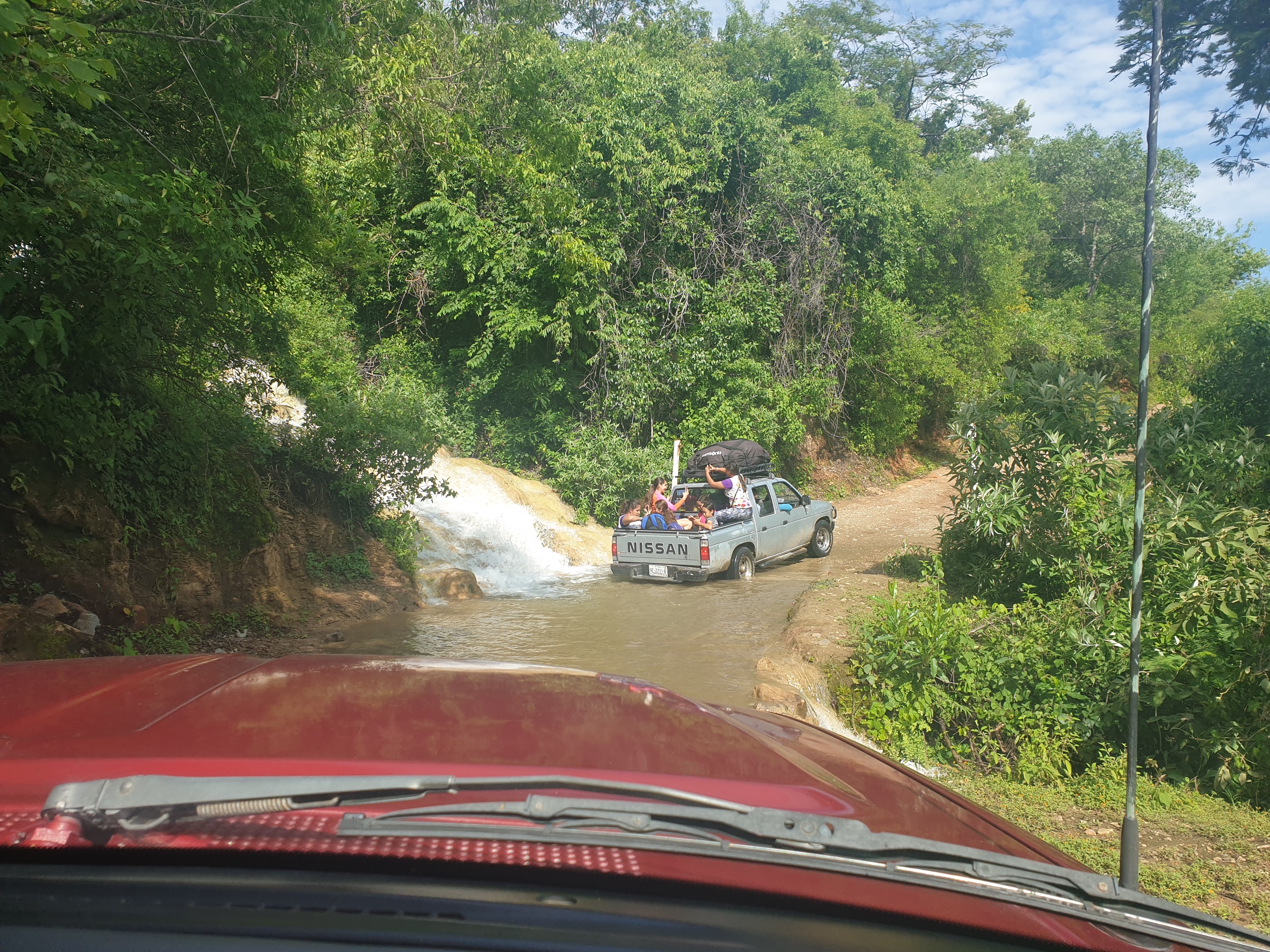 Today was the day for the ultimate activity! With a few nerves, but mostly excitement, the girls embarked on their two-hour journey to the National Park. The waterfall trail was about a mile long and, along the way, the girls had the epic chance to jump off five waterfalls of varying heights from one metre to ten! They each jumped at least three waterfalls, despite the tough terrain! Upon their return, and after a delicious dinner, the leaders and girls hung up their walking boots and went straight to sleep after an exhilarating day.

The next day was super chilled-out with some activities on Leadership Mindsets, exploring how to be a great leader and the type of influence women have in the world. Here, they reflected on themselves and their experiences. That evening, the leaders went out for an evening meal while the staff at Our Cabãna watched the girls. Twenty-seven leaders ended up at Hacienda de Cortez which did not disappoint. But, admittedly, they missed the girls and were excited to hear about what they had been up to, before ending the night with a dance-off. 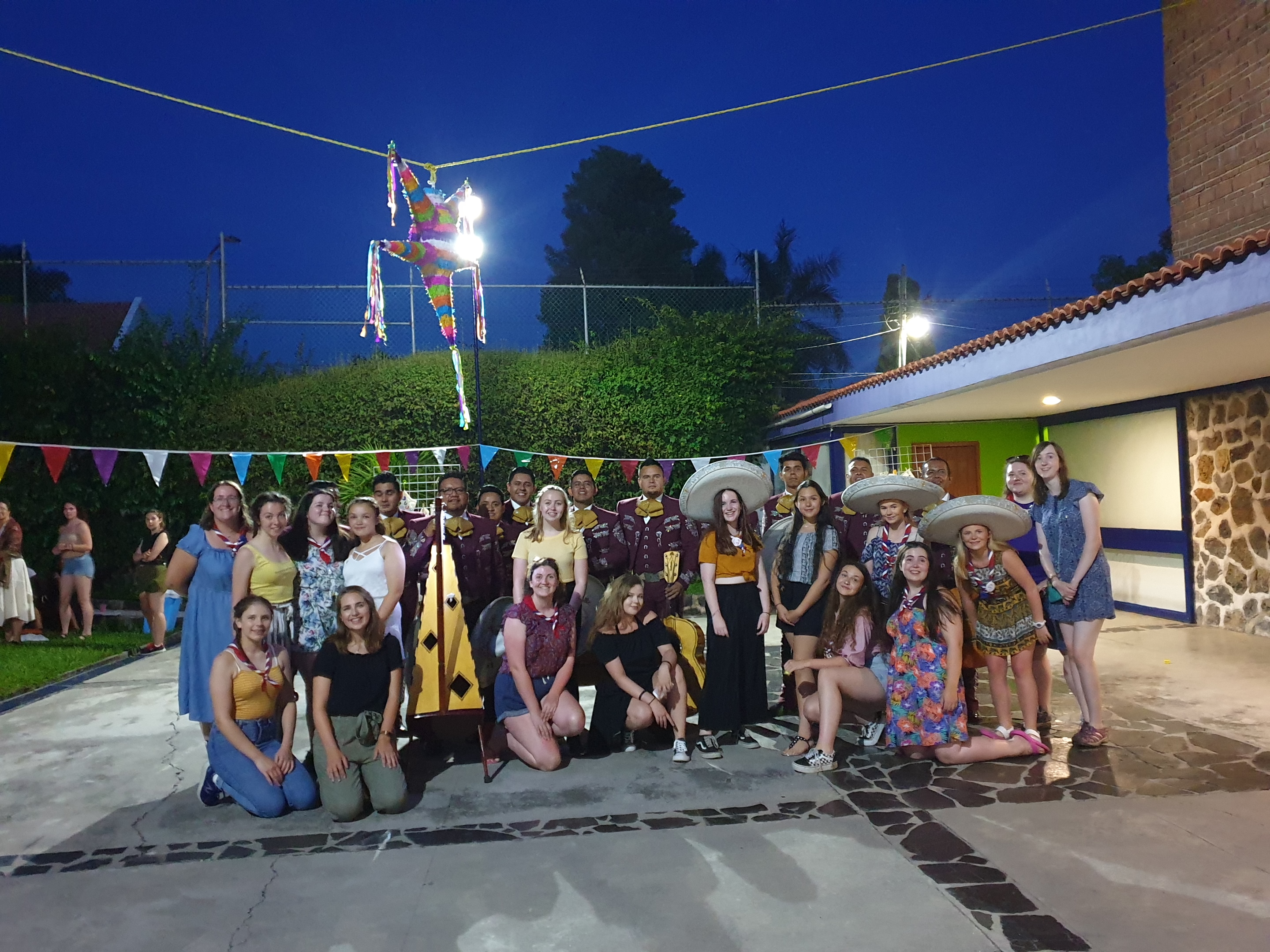 The trip was coming to an end and it was the day of ‘lasts’ at Our Cabãna. For this, the girls decided to venture out in Downtown Cuernavaca where they had a tour around the cathedral and then explored the town. Upon their return, it was time to pack up and get ready for the closing ceremony, which included games, a feast of traditional Mexican food, and Churros!

The evening was finished off with a surprise visit by a live Mariachi band, a video compilation of their time at Our Cabãna, and the presentation of badges. There were many tears as the girls said goodbye to each other and then, as everyone got tucked up in bed, the staff appeared at the dorm windows to sing.

At 5.30am, the sleepy-headed girls were ready to get on the first flight to Atlanta. When they touched down, they had pizza for dinner before retreating into their bedrooms. The next morning, they had do-it-yourself waffles for breakfast and a late checkout meant they could take it easy and watch some American TV and lounge by the pool before going to the airport. Meanwhile, at Manchester airport, there were many parents awaiting their children’s return, eager to hear all about their trip.

It’s safe to say that the Mexico group had a fantastic experience to add to their Girlguiding memories. International travel is just one of many opportunities Girlguiding North West England offer girls and young women ages 5 to 30 through an action-packed programme that includes everything from outdoor adventures to social action.