Green MEP for the North West, Gina Dowding, recently hosted an opportunity for aspiring young women to join her at the European Parliament in Brussels. Among all the diverse women who applied for the visit, were our very own members, Laura,18, Ellen, 18, and Harriet, 20.

Gina has a specific interest in encouraging more women to get involved in politics and wanted to use all opportunities available, to allow young people to see the workings of Parliament and to illustrate that they can carve a position in politics too.

Along with the guided tour and learning how the EU Parliament works, the young women were introduced to other female MEPs - notably, Swedish MEP, Alice Kuhnke, and deputy chairwomen of Greens, Alex Phillips; together, the young women and MEPs explored what it means for women to be active in politics.

After visiting Parliament and the Hemicycle, where crucial debates are held, our members met representatives of NGOs based in Brussels and explored how these organisations lobby the European Union. With Fran Gater, from Friends of Earth Europe, and Manon Deshayes, from the European Women’s Lobby, they discussed, among other topics, the impact that climate change has on women.

In the afternoon, the young women participated in an interactive workshop, ‘Empowering Young Women to Become Leaders’, where they explored how to navigate the barriers that prevent women from entering politics.

The girls ended their day at an enjoyable group meal in Brussels city centre. 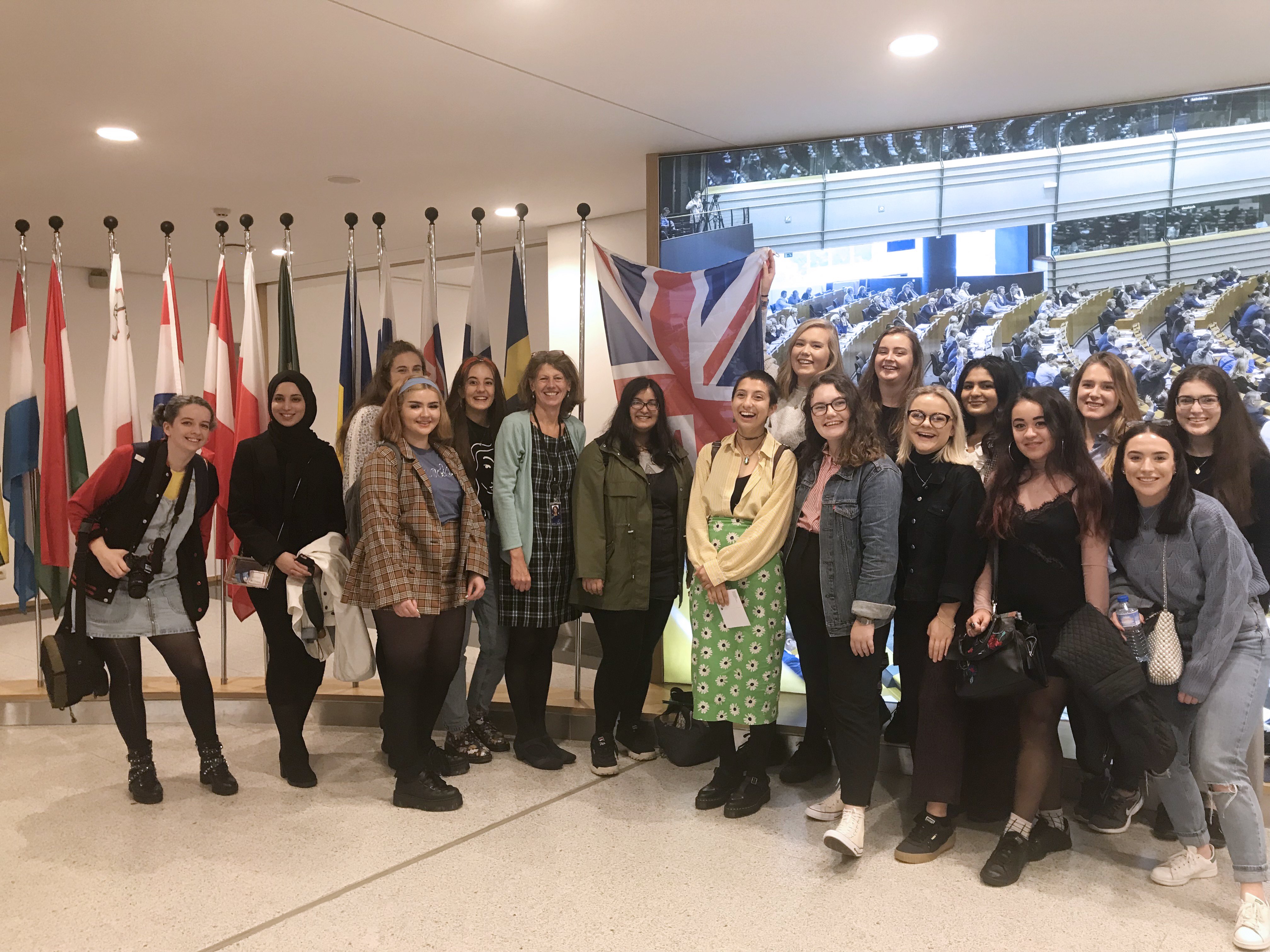 Gina Dowding MEP said: “I was hugely impressed by all of the women and how they bonded through their shared interest to become female leaders and passion to create a more just society.

“At the end of the trip, many of the girls told me that they felt they were able to face the perceived and actual barriers that can hinder women entering politics and some of the group were inspired to become politically engaged in the future."

Laura, 18, a young leader from Morecambe, said: “From attending the trip, I have gained so much knowledge of how the European Parliament functions on a day-to-day basis. I found it so interesting that there are 24 official languages spoken in the Parliament. It was great to speak to the non-governmental organisations based in Brussels such as Friends of the Earth and the European Women’s Lobby, that are striving for change. It was really encouraging to hear from the inspiring young leaders on the trip that are committed to speaking out about issues they care about.

“Youth voice is definitely the way forward! The workshops gave me further understanding of the importance of collaborating with others and viewing topics from different perspectives as we all have different life experiences. I also realised the importance of acknowledging our many privileges to allow us to empathise with others. This knowledge will, no doubt, help me going forward with further advocacy.”

Ellen Rintoul, 18, young leader from Blackburn said: “I have taken away a much stronger value of communication and conversation from this trip. Usually, I would never discuss some of the topics that we discussed with people I’ve known for seven years, let alone seven minutes. The freedom to discuss and put across our own opinions was incredibly liberating!

“The trip has led to me having more discussions within my sixth form and I’m in the middle of organising a presentation to both upper and lower sixth about the European Parliament, how it works and what we can do to impact political decisions. I think it has made me much more aware of the different views that exist within the same parties and exactly how somebody’s background can impact their politics and beliefs.” 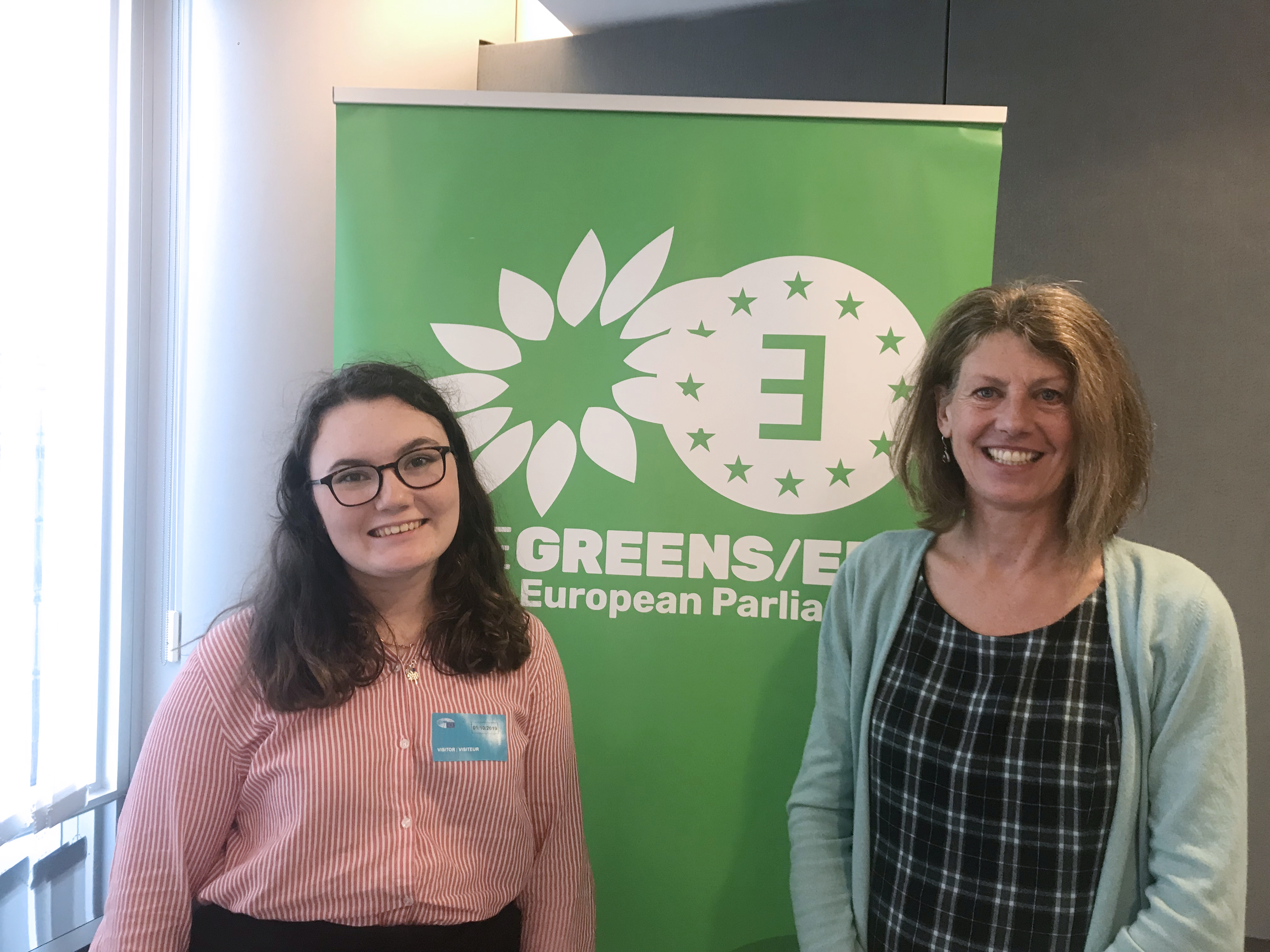 Harriet Kelsall, 20, assistant leader from Preston said: “This trip has been a fantastic experience for all involved, I feel truly lucky to have had the opportunity to visit European Parliament with my local MEP at such a vital time for the United Kingdom. It went beyond my expectations of what I would learn about the EU and how it works, but also about the role of women in leadership. From start to finish, the trip was organised to be as accessible as possible for women from the North West, regardless of their background, with the sole focus on offering the opportunity to strong young women who want to make a difference to the world.

“I feel that the most valuable thing I have taken from the trip was meeting so many inspiring women from many different situations who all have a vision of making the world a better place. This ranges between inspiring talks from female MEPs and the Greens/EFA group and workshops with passionate women from charities to discussions with like-minded and encouraging peers.

“As well as teaching me so much about the EU itself, I had the chance to develop my skills in public speaking and debating. I plan to share my experiences with my unit, with the hope of broadening the perspective of younger girls surrounding what opportunities lie ahead of them when women support each other and bring out the best in one another!” 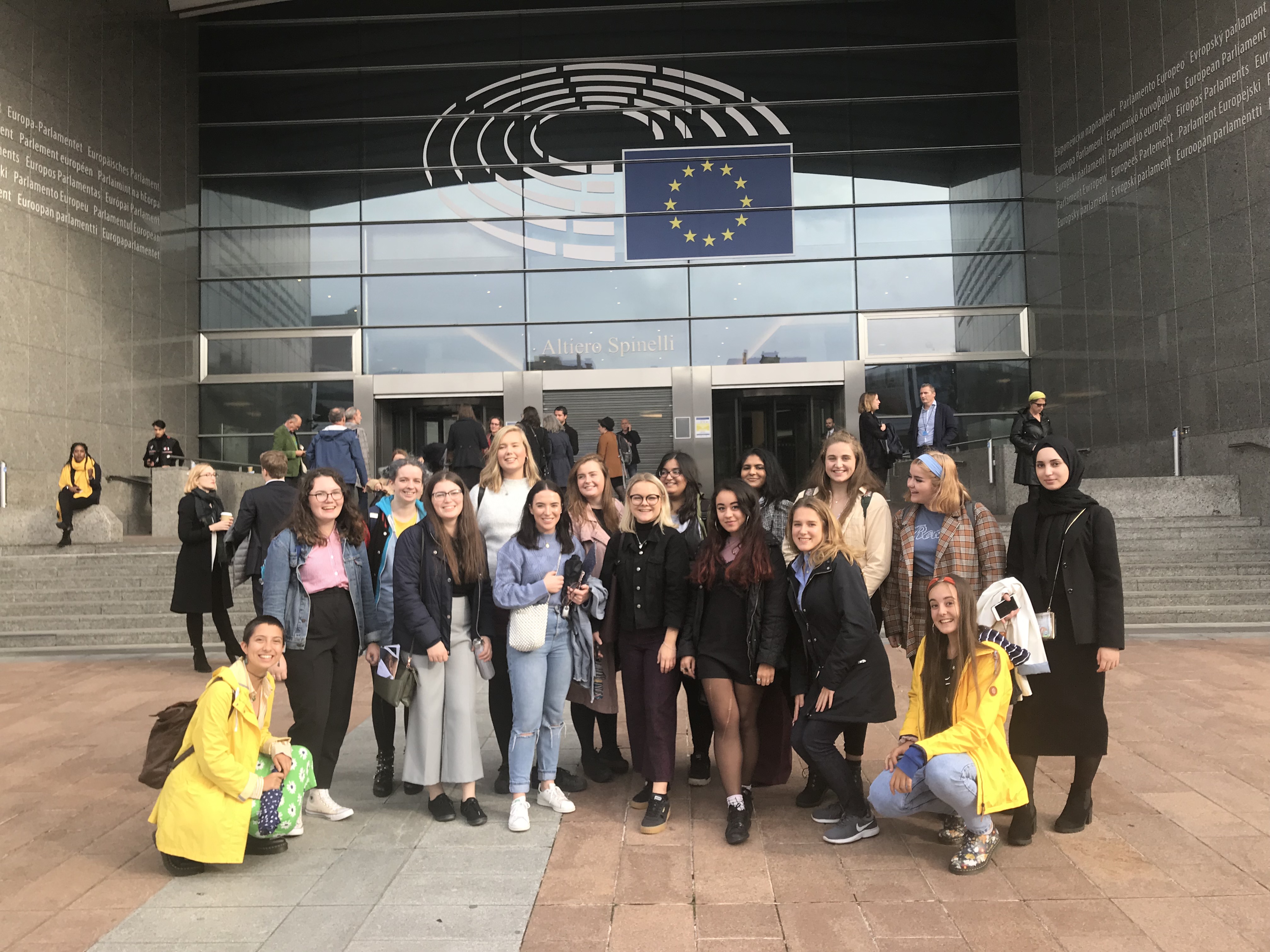